At the end of May this year, me and my mum Debbie visited London for three days, to go and see ‘Bat Out of Hell; The Musical’ at the Dominion Theatre. We booked our trip with Superbreak, and we were very satisfied customers. First class train travel to the capital city, with complimentary food and drink; never travelling first class before we really appreciated this luxury!

Our hotel was great as well, the 3* Royal National Hotel, London, conveniently only a few minute walk away from Russell Square tube station. It was massive size wise. Obviously our room wasn’t incredible being only a 3* hotel, but it did the job very nicely indeed; friendly helpful staff, clean, tidy, lovely places to eat – we were happy.

Our first stop on the underground was Piccadilly Circus, where we enjoyed a gorgeous banana and caramel milkshake each at ‘Five Guys’ restaurant, we also got some fab photos with the ace street performers surrounding the statue known as the statue of Eros (mum’s favourite thing to do, pics with street performers, hehe) 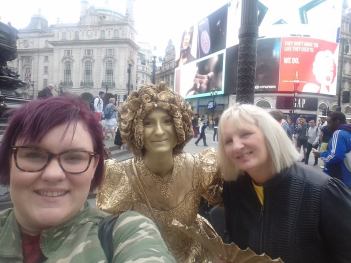 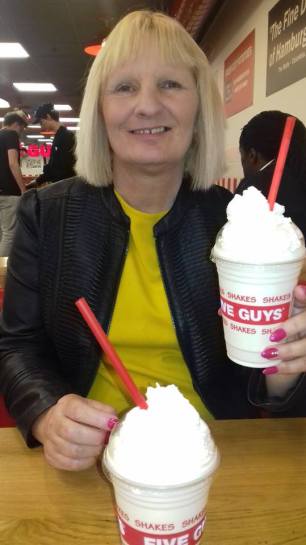 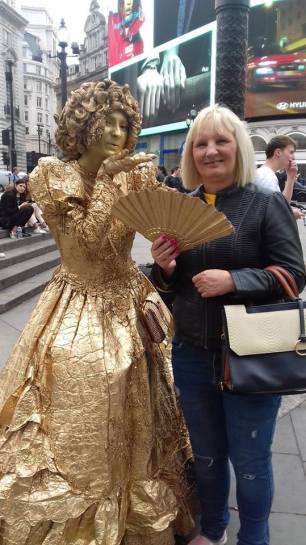 We walked to Leicester Square next, and Trafalgar Square shortly afterwards and took the opportunity to capture some nice touristy photos; of the famous William Shakespeare statue in Leicester Square, The National Gallery in Trafalgar, Nelson’s column, the four lions, etc 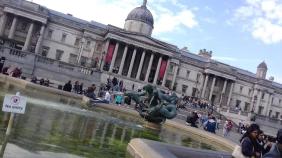 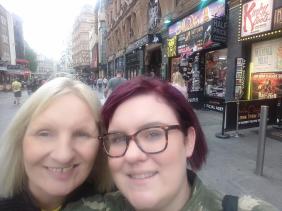 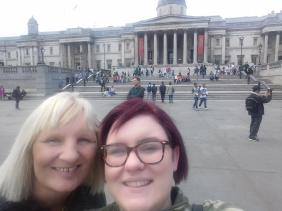 We finished off the day with a nice stroll around the Apple Market in Covent Garden, relaxing for a while, enjoying refreshing pineapple & apple and apple juice smoothies 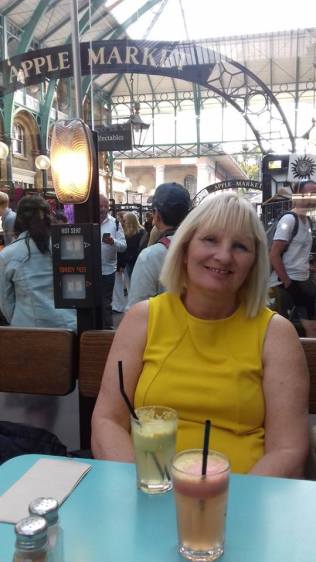 Tuesday we hopped on the tube and headed to my favourite place in London, Camden Town! (My suggestion, not mum’s, lol) We walked leisurely around the market, checking out all the cool alternative style clothing, and quirky bits and bobs. We drank a few dark fruit ciders in a beer garden overlooking the beautiful canal, soaking up the gorgeous sunshine 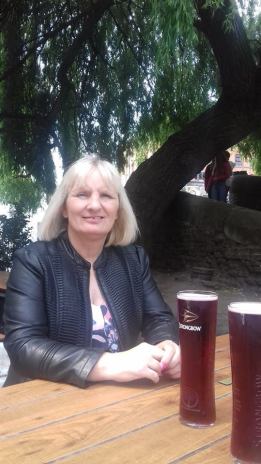 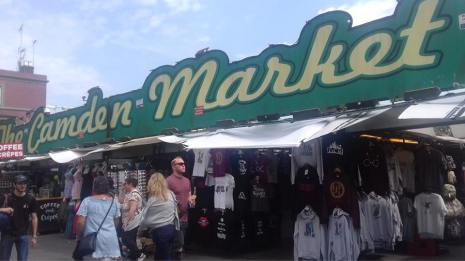 Later that day, we continued to enjoy the sunshine and people watched in Russell Square garden, only a few minute walk away from our hotel, the Royal National. The water feature in the middle of the park is particularly pretty I thought 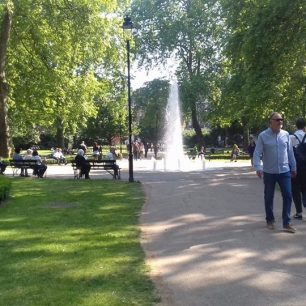 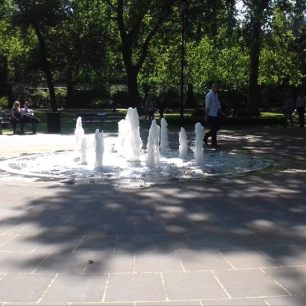 Somewhere I was really excited to visit was The British Museum. Unfortunately we arrived later on in the day, when it was close to closing, so we did not experience all exhibitions and galleries on offer – such as regrettably not seeing any Ancient Greece and Rome exhibitions – however we still saw some amazing Asia, Ancient Egypt and Africa artefacts and art, and learnt a little about the history and the traditions of these cultures 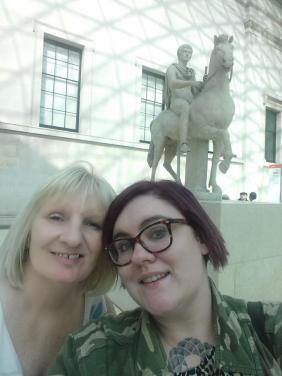 Tuesday evening we journeyed on the underground to Tottenham Court Road tube station, to go see ‘Bat Out of Hell; The Musical’ at the Dominion Theatre! I have seen a fair few West End shows, including ‘The Phantom of the Opera’, ‘Lion King’ twice, ‘Othello’, ‘Beauty and the Beast’, ‘Blood Brothers’ three times, as well as ‘’Mary Poppins’ in Manchester, ‘Mamma Mia!’ in Newcastle, and very recently ‘Wicked!’ in Liverpool, and so on… Bat Out of Hell is one of the best, up there in the top three, absolutely amazing! I have grown up listening to Meatloaf’s music, my mum has always loved him. It was such a magical moment glancing at her during the performance, seeing her beaming with happiness, miming along to all the songs. We had excellent seats in the stalls, only seven rows back, with such a spectacular view of all the action. The musical showcases the epic rock n’ roll love story between Strat and Raven, set in the post-apocalyptic city, Obsidian. It very loosely depicts the romance of J. M. Barrie’s Peter Pan and Wendy; Strat and his rebellious friends ‘The Lost’ cannot grow up you see. The tyrannical leader of Obsidian, his daughter Raven is Strat’s love interest! – so an interesting narrative soon unfolds. The entire production was just astonishing, I could not fault it. There was a motorcycle revving up (with no place to go) on stage, bats (out of hell) flying out into the audience, fireworks (they took the words right out of my mouth), the whole sh’bam! There was a well deserved standing ovation at the end, everybody up singing and dancing, the atmosphere was paradise (by the dashboard light). We even bought two (out of three) t-shirts, hehe. I want to see it again, I need to see it again! – For crying out loud, we absolutely loved it! 😀 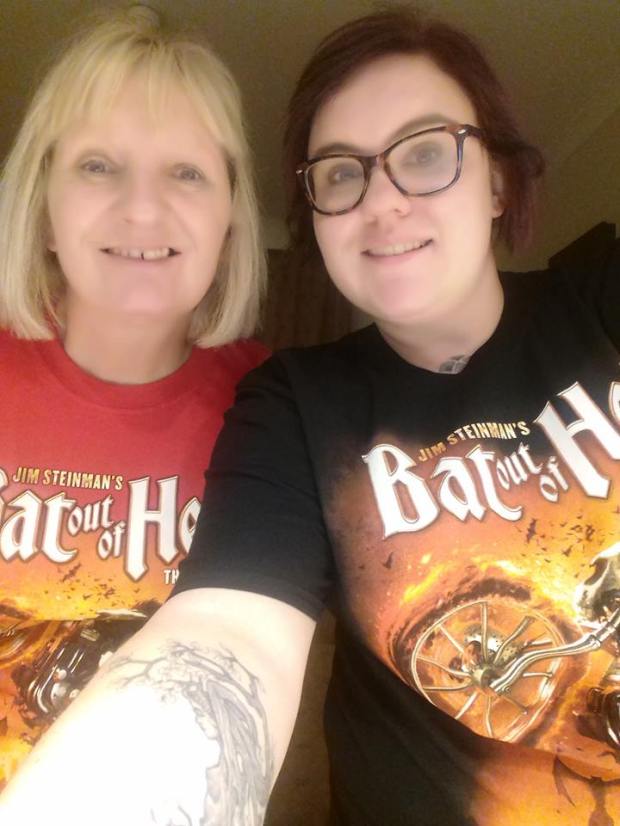 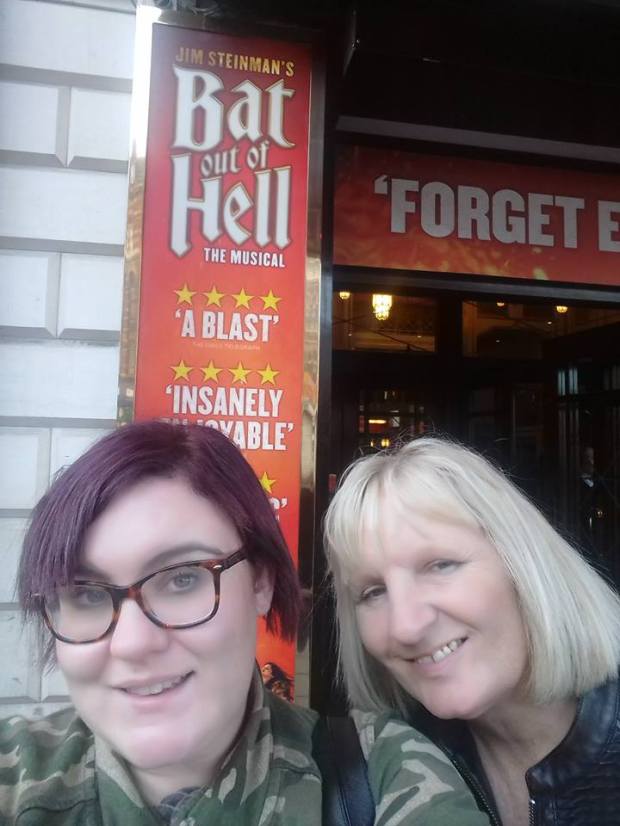 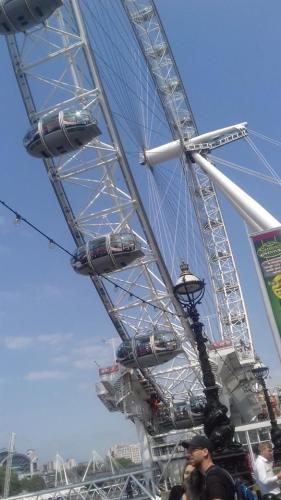 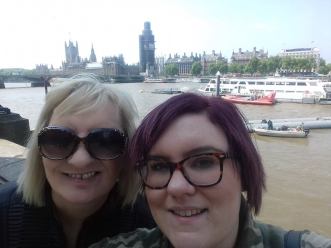 After spending a couple of hours sightseeing here, we were knackered, so we paid to be cycled to Buckingham Palace in a fab little pedicab! 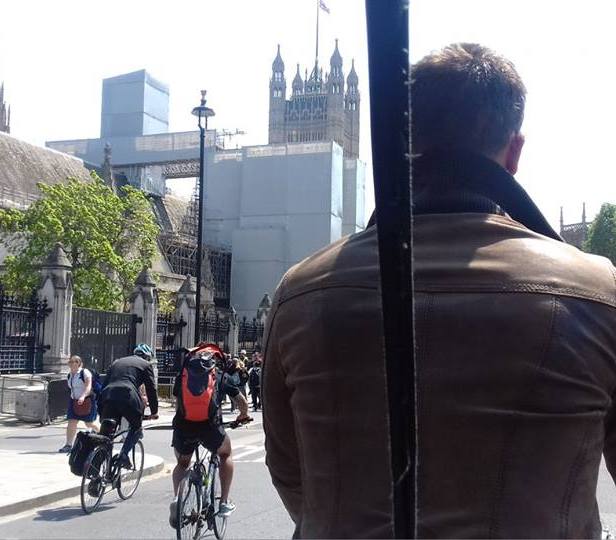 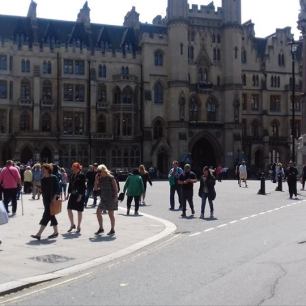 We laid back and relaxed for a while on the grass area adjacent to the palace before taking some pretty photos of the palace itself and the Victoria Memorial monument; we finished off our day with a pleasant stroll through gorgeous Green Park. 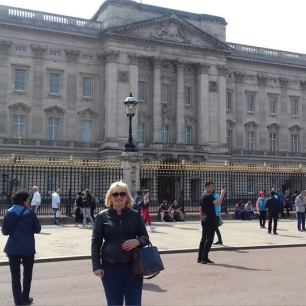 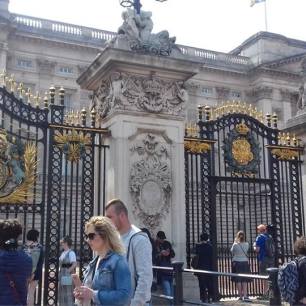 … And that was our rock n’ roll and brew trip to London! Some amazing memories to look back on with mum and cherish always 😀

We would do anything to see ‘Bat Out of Hell; The Musical’ once more in the future, maybe rock and roll dreams will come true!

Thank you for reading / viewing!

I studied Fine Art at A-level (which seems to me now many moons ago indeed). Here I am trying to re-immerse myself in artistic pleasures; drawing, painting, knitting, upcycling, photography and possibly even more crafts I learn along the way… as well as writing a personal travel/theatre blog, to share with you wonderful people online… so helloooo ever advancing digital world :) :)